Thank you for your interest in learning more about preventing damages with our products. A member of our sales team will be in touch shortly.
Oops! Something went wrong while submitting the form.

In the five years from 2007 through 2011, there were 318 significant incidents caused by excavation. These 318 excavation damage incidents resulted in 27 fatalities, 114 serious injuries and over $1.9 billion in direct and indirect costs.

According to the 2015 Common Ground Alliance DIRT Damage Cause Analysis, over 50% of all reported incidents were caused by a backhoe/trencher. Natural Gas was the most impacted, with over 24k incidents reported.

Approximately 3,000 pipeline companies operate over 500,000 miles of oil, natural gas and hazardous liquid transmission pipelines and 2.1 million miles of natural gas distribution pipelines in the United States. This extensive network of pipeline infrastructure will grow at an estimated 4% to 6% per year. A projected $187 billion investment in pipeline infrastructure over the next 25 years is required to meet increasing energy demands and facilitate the production of shale oil and natural gas in new locations across the country.

SignalTape was specifically designed to address the weaknesses of each technology classification by providing an obvious warning signal to the excavation crew before any damage has been done to the buried utility; without requiring any additional proactivity on behalf of the excavation crew.

Damage Prevention Solutions, LLC performed an analysis on fourteen different marker tapes from six different manufacturers. The analysis consisted of six digs, two of each at 90, 45 & 180-degree angles of approach using a standard 30” bucket (pictured to the right). Underground Marker Tapes tested were all 6” width. All tapes were installed ~12” below grade, covered, and mechanically compacted under the weight of the track hoe.

Premium Tapes Tested by Company: Brady, Mutual Industries, Presco, Reef Industries, Stranco & Terram. Video of complete test digs archived below. Digs were performed in an effort to maximize the visibility of the marker tape. Each dig was stopped once visible indication of marker tape was confirmed by the equipment operator/spotter or when it was determined the tape was struck and no visible indication was provided.

Disclaimer: The videos are for informational purposes only. Damage Prevention Solutions, LLC makes no assertions regarding the performance of any of the marker tapes included.

Innovation is part of the culture at Damage Prevention Solutions. We are continually evaluating potential improvements for Signaltape product integration. This is an example of one of our test runs between potential core materials. These results are used to down-select for field trials. 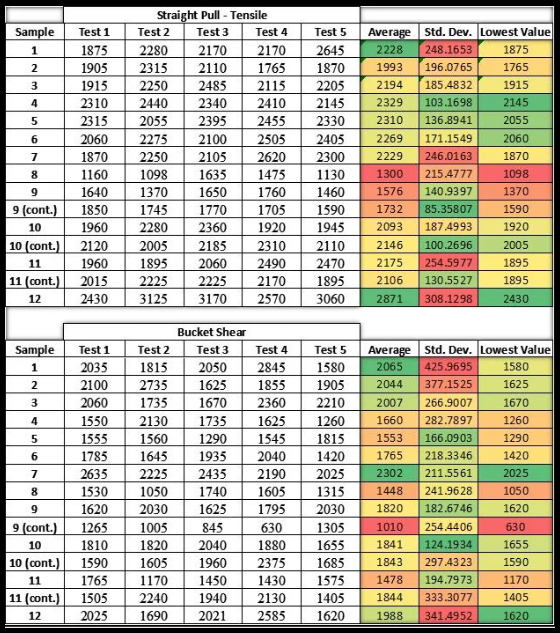 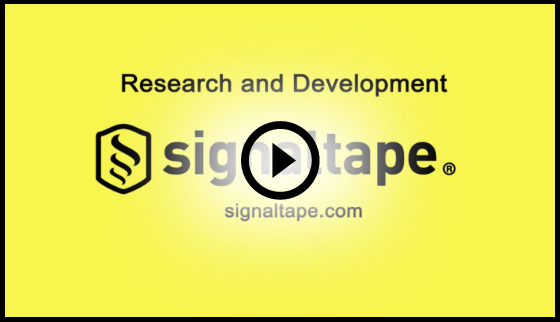 Signaltape was specifically designed to solve the problem of excavation related damage to underground facilities (outlined in the Market Analysis above). Damage Prevention Solutions is committed to providing the highest quality product. In addition to our field trials, we rigorously test all potential core samples in our test fixture. All incoming core material is lot managed and randomly sampled as part of our incoming inspection process for quality control.